"Development and implementation of miniature impedimetric systems for biosensor readout." 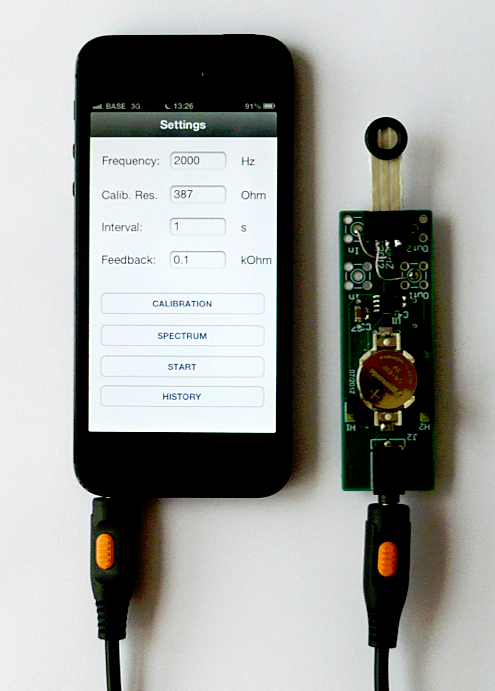 Research in the field of biosensors, i.e. sensors that are based on a biological recognition layer, has steadily increased in popularity over the last few decades. Sensors suited for a wide variety of bio-medically relevant target molecules are constantly being developed. The number of biosensor devices that actually reach the commercial market is however highly limited. Very few examples of such devices can be found, aside from the well-known glucose sensor and pregnancy test strips.

Recent work has lead to synthetic sensors mimicking biological detection. These molecularly imprinted polymers (MIP) offer significant advantages over biological layers, including robustness and long shelf life, making them theoretically ideal for commercial applications. These sensors would thus benefit greatly from a miniaturized readout not only in the end-applications, but also in the development and characterization phase.

In this work small form factor biosensor readout devices are presented. First an introduction in biosensors and portable applications is given, from which it becomes clear that the current commercial biosensor device market is still in its infancy. The number of readout systems suited for a wide variety of these sensors, either for use in the lab or point-of-care settings, is also highly limited. Impedance spectroscopy was chosen as the measurement technique on which to base device design. This technique has proven its use in the development and characterization stage of numerous biosensors. It not only allows for response monitoring but also enables physical modeling of the sensor cell, e.g. in equivalent electrical circuits. Although impedance analyzers are readily available, a combination of high cost, large size and high excitation signals make them unsuited for the targeted applications. Therefore three devices, each targeting a specific biosensor setting, are presented.

First the design steps taken to develop a unit suited for lab characterization are discussed. This eight-channel device is completely controlled and powered by a connected PC and has peripheral ports available for interfacing with other lab equipment. The frequency spectrum and impedance range are specifically chosen to allow for readout and characterization of numerous types of biosensors and sensor layouts. Care is taken to avoid any interference between the device and the sensor under test.

A second device, incorporating touch screen technology and numerous (wireless) communication protocols is well suited for field use and point-of-care applications. The measurement circuitry is based on the previous device and specifications are comparable, though the number of channels is reduced to four. Bluetooth protocol allows for short-range wireless control of the system, while Ethernet makes the device well-suited for long-distance use over standard network infrastructure. Data is stored on an on-board SD card and an application-specific user interface can run on the touch-screen display.

Last but not least, a smartphone based readout system is presented in which disposable biosensor strips can be inserted. This could bridge the gap towards consumer applications. The choice was made to use the audio signals of the smartphone itself for impedance measurements, thus highly limiting the required external hardware. This puts however some limitations on the frequency spectrum and impedance range. While the previous devices were intended for readout of a wide variety of sensors, the smartphone-based system is specifically intended and fine-tuned for the readout of MIP sensor strips. The electrodes on these strips were custom made using low-cost screen-printing technology.

Performance of the presented devices is verified on passive components and equivalent circuits of biosensors. Setups typically used for lab characterization of these sensors are described and steps taken to interface the units with the setups are explained, after which verification is done on actual bio(mimetic) sensors. Here a close eye is kept on the viability of the systems for measuring within the complete operating range of the sensors. For adequate readout the measurement errors and noise need to be below the impedance response at the detection limit of the sensor.

The design principles presented in this work could lead to the development of commercially viable biosensor devices and form a concept for the use of biosensors in different applications.