"Deposition and characterization of doped nanocrystalline diamond films and particles - toward applications in energy converters."

Nanocrystalline diamond (NCD) thin films were produced by chemical vapor deposition (CVD) and doped by the addition of phosphine to the gas mixture. By carefully adjusting the influential deposition parameters such as C:H-ratio, working pressure, substrate temperature and dopant concentration, the process was optimized. The characterization of the films focused on probing the incorporation and distribution of the phosphorus (P) dopants. Electron microscopy evaluated the overall film morphology and revealed the interior structure of the nanosized grains. The homogeneous films with distinct diamond grains featured a notably low sp2:sp3-ratio as confirmed by Raman spectroscopy. High resolution spectroscopy methods demonstrated a homogeneous P incorporation, both in-depth and in-plane. The maximum obtained P concentration in the films was determined to be in the order of 1019 cm-3 with a significant fraction integrated at substitutional donor sites. XRD revealed that high doping levels in deposition conditions where the substrate temperature exceeds 800°C suppress the formation of (111)- oriented facets. After H-termination, P-NCD obtained a negative electron affinity (NEA) surface. With n-type doping, this leads to a low effective work function, and efficient thermionic electron emission has been measured from all P-NCD films on metal substrates. Thermionic emission currents reached up to 1.4 mA cm-2 at 950 K. The emission characteristics vary in function of dopant concentration, film morphology and substrate material. Resistance measurements demonstrated a sheet resistance of approximately 5.0 GΩ at 500 K which drops to a few tens of Mv at 900 K. In the context of the starting activities on thermionic energy conversion, a dedicated UHV system has been set-up for the measurement of thermionic emission properties. 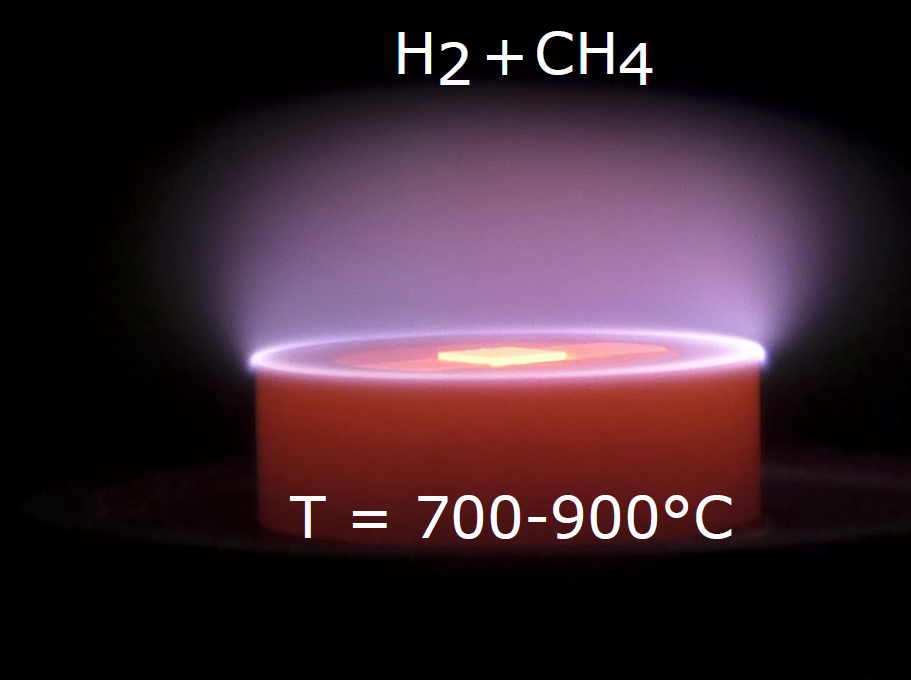