This talk is based on joint works with Marek Omelka, Michal Pešta, and Noël Veraverbeke.

We develop a fully automatic non-parametric approach to simultaneous estimation of mean and autocovariance functions in regression with dependent errors. Our empirical Bayesian approach is adaptive, numerically efficient and allows for the construction of confidence sets for the regression function. Consistency of the estimators is shown and small sample performance is demonstrated in simulations and real data analysis.

Heavy-tailed distributions play an important role in modelling a wide range of phenomena in finance, geology, hydrology, physics, queuing theory, and telecommunications. Two practical
problems arise in this context:
1) to establish a criterium to check if a given data exhibits heavy-tailed behaviour;
2) to estimate the unknown tail index of the heavy-tailed distribution. To address the first
problem, various graphical methods are usually employed, while the tail index estimators
are typically based on upper order statistics and their asymptotic properties.
In this talk we present an alternative approach for exploratory analysis of tails as well as
for the estimation of the tail index of a heavy-tailed distribution. This approach employs
asymptotical properties of a so called empirical structure function [1] that is a sample moment statistic based on blocks of data. This function is often used in the context of multifractal processes (see [2]), and it allows extracting more information about the tail index. One of the advantages of this method is its validity for weakly dependent samples, which typically come from nancial data. These results can be generalized for a multi-dimension setting, which is a subject of the ongoing research.

On the use of cure models in cancer clinical trials
Catherine Legrand, ISBA-IMMAQ, UCLouvain, Belgium

The most popular model to analyze oncology trials with time-to-event is certainly the Cox proportional hazards model. Over the last decades, advances in medical research have led to the presence of a fraction of cured patients or long-term survivors to become a reality for some specific cancer types and we may wonder whether the Cox model is still appropriate in this setting.
First, standard time-to-event analysis techniques usually assume that all patients under study will experience the event of interest. Second, the presence of short-and long-term survivors may lead to a violation of the proportional hazards assumption. Finally, when a fraction of long-term survivors can be expected, the proportion of «cured» patients becomes a crucial component of the assessment of patient benefit, and being able to distinguish a curative from a life-prolonging effect conveys important additional information in the evaluation of a new treatment.

Specific models have been developed in the statistical literature to address these issues, with two main families of models, namely the “mixture cure models” and the “promotion time cure models”.  They are however still rarely used in the analysis of cancer clinical trials. In this presentation, we introduce these two family of models and their links with the usual Cox PH model, and we discuss the use of these models in the context of clinical trials with a time-to-event endpoint and a fraction of cure.

There is a recent trend in computational statistics to move away from sampling methods and towards optimisation methods for posterior approximation. These include discrepancy minimisation, gradient flows and control functionals - all of which have the potential to deliver faster convergence than a Monte Carlo method. In this talk we will provide a basic introduction to some of these algorithms, and then we will attempt to unify these emergent research themes in the context of Stein's method.

Networks have become a key data analysis tool. They are a simple method of characterising dependence between nodes or actors. Understanding the difference between two networks is also challenging unless they share nodes and are of the same size. We shall discuss how we may compare networks and also consider the regime where more than one network is observed.

We shall also discuss how to parametrize a distribution on labelled graphs in terms of a Frechét mean graph (which depends on a user-specified choice of metric or graph distance) and a parameter that controls the concentration of this distribution about its mean. Entropy is the natural parameter for such control, varying from a point mass concentrated on the Frechét mean itself to a uniform distribution over all graphs on a given vertex set.

Networks present many new statistical challenges. We shall discuss how to resolve these challenges respecting the non-Euclidean nature of network observations.

For several decades, software for structural equation modeling was commercial and/or closed-source. Nine years ago, the lavaan project (http://lavaan.org) was started to create a fully open-source platform for latent variable modeling. In the first part of the presentation, I will discuss how the lavaan project attempts to capture and preserve the long and rich (computational) history of structural equation modeling and related methods. In the tradition of software archeology, several legacy SEM software packages were studied in order to understand and recover the (computational) details that were (and often still are) being used. By implementing many of these details into lavaan, we are able to reproduce results reported in older papers and book chapters, and explain why we observe many subtle (and less subtle) numerical differences in the output of current SEM programs.

However, historical curiosity aside, it turns out that these differences reveal many unsolved problems, and -in some cases- a failure of SEM technology to connect to modern branches of statistics. In the second part of the presentation, I will discuss a (partial) list of topics which need the (renewed) attention of today's SEM researchers, and highlight some opportunities and challenges for the SEM researchers of tomorrow.

This paper reviews and discusses the role of Empirical Bayes methodology in medical statistics in the last 50 years. It gives some background on the origin of the empirical Bayes approach and its link with the famous Stein estimator. The paper describes the application in four important areas in medical statistics: disease mapping, health care monitoring, meta-analysis, and multiple testing. It ends with a warning that the application of the outcome of an empirical Bayes analysis to the individual “subjects” is a delicate matter that should be handled with prudence and care.

A horse racing between the block maxima method and the peak-over-threshold approach
Chen Zhou, Erasmus University Rotterdam, The Netherlands

Classical extreme value statistics consists of two fundamental approaches: the block maxima (BM) method and the peak-over-threshold (POT) approach. It seems to be general consensus among researchers in the field that the POT method makes use of extreme observations more efficiently than the BM method. We shed light on this discussion from three different perspectives. First, based on recent theoretical results for the BM approach, we provide a theoretical comparison in i.i.d. scenarios. We argue that the data generating process may favour either one or the other approach. Second, if the underlying data possesses serial dependence, we argue that the choice of a method should be primarily guided by the ultimate statistical interest: for instance, POT is preferable for quantile estimation, while BM is preferable for return level estimation. Finally, we discuss the two approaches for multivariate observations and identify various open ends for future research. 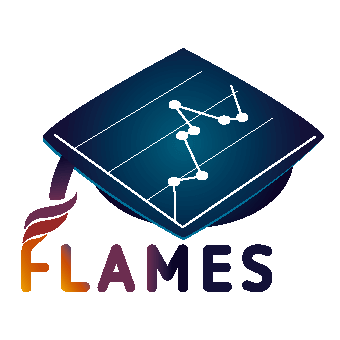