"Antibody biomarker discovery and validation in neurologic and autoimmune diseases.

Pathologic contribution of B cells in autoimmune and neurologic diseases and immune aging."


The research group of Prof. Veerle Somers focuses on the discovery and validation of novel autoantibody biomarkers, the characterization of the functional involvement of these autoantibodies and their target antigens, and the study of the pathologic contribution of B cells, for a number of autoimmune and neurologic diseases.

In the research group of Prof. Veerle Somers, novel autoantibody biomarkers for neurologic and autoimmune diseases such as rheumatoid arthritis (RA), axial spondyloarthritis (axSpA), multiple sclerosis (MS) and spinal cord injury (SCI) have been identified using cDNA phage display. These autoantibodies are being studied for their role as novel biomarkers for diagnosis, prognosis and therapy prediction, and in addition, their pathological contribution in disease processes is also being studied. With more than a decade of experience in different rheumatic and neurologic disease areas, this has resulted in an optimized pipeline for autoantibody discovery, validation and characterization. This involves the following steps: (1.) construction of a custom disease- and tissue-specific cDNA phage display library, which forms a highly diverse, in vitro representation of the antigens in the target tissue, (2.) discovery of candidate antigenic targets of novel autoantibodies using cDNA phage display, (3.) initial testing of antibody reactivity of each individual candidate antigen using phage ELISA, (4.) development of a more clinically-applicable peptide/protein ELISA for the best candidate biomarkers and finally, (5.) large scale biomarker validation in multiple cohorts of patients and controls. Moreover, (6.) as the isolated antigens often are randomly formed peptides (mimotopes), the human proteins that are actually targeted by these autoantibodies can be identified via proteomic techniques. Finally, (7.) the functional role of these autoantibodies and their target antigens in contributing to disease pathology is often investigated using cellular models and passive transfer into in vivo animal models of disease.

In addition, the research group of Prof. Veerle Somers studies B cells and B cell subsets in multiple sclerosis (MS), spinal cord injury (SCI) and immune aging. The group is highly expertised in human B cell analysis, both on a phenotypic and functional level. Using high-dimensional flow cytometry, detailed immune profiling and B cell subset phenotypic analysis is done. In this regard, the effect of different immunomodulatory treatments on immune cell distribution and function have been studied in the context of MS. Moreover, the involvement of specific age-associated B cell subsets in MS pathology is studied using in vitro functional assays for B cell activation, maturation, proliferation, survival, antibody production, cytokine production, antigen presentation and migration. In SCI, the contribution of B cell related pathways to secondary neurodegeneration is studied. 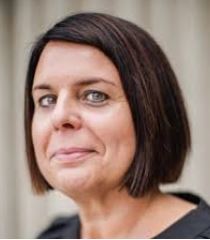