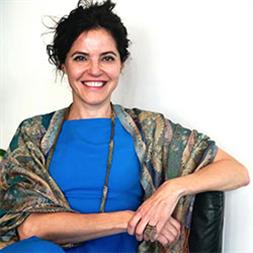 Dr Alarcos Cieza is a native of Spain. Prior to joining WHO in September 2014, she served as Chair and Professor of Medical Psychology at the Faculty of Social and Human Sciences at the University of Southampton in the United Kingdom. After obtaining her MSc in psychology in Madrid, Spain, she conducted a Master in Public Health and obtained a PhD in Medical Psychology from the Ludwig-Maximillians University in Munich, Germany.

She led the research unit for over ten years at the Department of Physical Medicine and Rehabilitation and then at the Pettenkofer School of Public Health at the Ludwig-Maximilians-University, Munich, Germany.

Dr Cieza oversees WHO’s work on vision, hearing, rehabilitation and disability. This includes the implementation of the Universal eye health: a global action plan 2014–2019, the World Health Assembly Resolution 70.13, Prevention of deafness and hearing loss, and the Disability Action Plan 2014-2021. 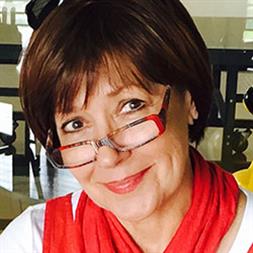 Moore is an internationally renowned designer and gerontologist, serving as a leading authority on consumer lifespan behaviors and requirements. For a period of four years (1979-1982), in an exceptional and daring experiment, Moore traveled throughout the United States and Canada disguised as women more than eighty years of age. With her body altered to simulate the normal sensory changes associated with aging, she was able to respond to people, products, and environments as an elder.

Since 1990, Moore has designed more than 300 Physical Medicine & Rehabilitation Environments for healthcare facilities throughout North America, Europe and Japan.

Moore is a frequent international lecturer, media guest, author of numerous articles; the books DISGUISED: A True Story, Ageing, Ingenuity & Design [2015], The Business of Aging [2019], and OUCH! Why Bad Design Hurts [in works]. She is co-author of the American National Standards Committee on Anthropometry, served as a member of the Board of Trustees of the American Physical Therapy Association, Advisory Board of CARF [Certifying Association of Rehabilitation Facilities]; The American Occupational Therapy Association Foundation.

Moore holds undergraduate degrees in Industrial and Communication Design from the Rochester Institute of Technology (Awarded "Alumna of the Year" 1984), completion of Advanced Studies in Biomechanics at NY University’s Medical School; graduate degrees in Psychology and Gerontology, Columbia University.

She was selected for the American Rehabilitation Association 1996 Community Service Award, for advancing independence and quality of life with environmental design, the American Hospital Association’s 1996 NOVA Award for the "Family Road" Care Centers, holistic health environments for the promotion of appropriate childcare & parenting, the 2005 American Occupational Therapists Association’s Leadership Award; the 2006 American Society of Interior Designers Humanitarian Award. Moore is a Fellow of the Industrial Designers Society of America and in 2016 was named one of The Most Notable American Industrial Designers in the history of the field.

ID Magazine selected Moore as one of The 40 Most Socially Conscious Designers in the world. In 2000, a consortium of news editors named her as one of The 100 Most Important Women in America. In 2012 she was inducted into The Rochester Institute of Technology’s “INNOVATORS Hall of Fame” and named a Doctor of Fine Arts by Syracuse University for serving as a “guiding force for a more humane and livable world, blazing a path for inclusiveness, as a true leader in the movement of Universal Design.” ABC World News featured Moore as one of 50 Americans Defining the New Millennium.